Okay gang, I have pondered, plundered and even gone to the “thinking room” to deliberate. I am here to reveal to you the project I intend to set my mind to over the next twelve months. I give you; 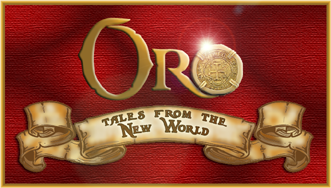 At this point I only have the sketchiest ideas of what this game is about, so here is my five second elevator pitch;

It is like “the Three Musketeers” meets “the Matrix”.

Imagine, if you will, flashing blades, bullet-time stunts, leather corsettes, an ancient mystery, pirates, black-powder and more! I have in my mind’s eye the following scene;

A black-coated adventurer in wide-brimmed hat stands in a ship’s crow nest, watching as pirates swarm from their delapidated ship onto his, swinging on ropes and running across planks. He collapses his spy glass and tucks it into his belt, then leaps from his vantage post at the top of the main mast. He drops to the deck, landing on one knee, one fist, a shockwave splintering the deck and knocking over sailors and pirates alike. Slowly he rises, looking out from under the brim of his hat, and in a single swift motion ducks the blast of a pistol, draws his blade and cuts down three adversaries. Past the battling pirates and sailors he sees a bare chested giant of a man with a brace of pistols – a gold medallion swinging about his neck. The figure shouts at the giant and their eyes meet. Let the battle begin!

I guess it is kind of anime-16th Century. At this stage it is not the real world, but a fantasy world with strong historical influences, similar to AEG’s Legend of the Five Rings and 7th Sea. All though there are similarities between my Oro and John Wick’s 7th Sea setting, the first point of departure is that Oro is set in the New World, not “Europe”. It is also going to be a little tighter focused. The setting (and characters) have a back story that sets up conflict, intrigue and adventure;

After Cortez (possibly renamed for Oro – Cortega sounds close enough, yet different!) conquered the Aztec empire he captured a priceless treasure of gold medallions – large coins with ornate icons of the Aztec gods. Many coins were given to Cortega’s trusted lieutenants and sent as gifts to friends, nobles and patrons, but the majority were lost when the caravan transporting them back to the coast was ambushed by native warriors. Some time later many of the bearers of these coins manifested strange abilities and powers. Bearers can leap in-human distances, have amazing strength, can dodge bullets or even speak with animals. Some use their new abilities for nefarious purposes, others have pledged themselves to the defense of King, Country, Church or some other cause. Gangs of mercenaries seek out bearers of coins to steal their power, and noblemen look for ways to control this new resource. Untold wealth, power and fame can be had by someone in possession of a fabled coin. Honour, infamy, respect, love and hate await them. Your character possesses one of these coins. What will you do now?

Things are still sketchy and I need to get in my head exactly where in history the story will finally sit (at the moment it is kind of a blend of two hundred years between late 1400’s and late 1600’s). But this is the kernal of my game’s setting. Maybe super hero historical, a bit like that 1602 series by Marvel. 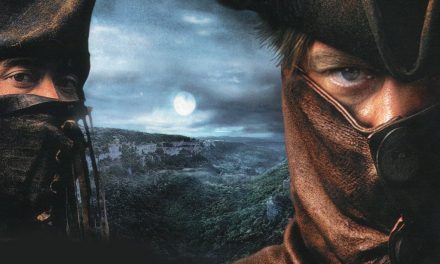