Okay, 29 days, more than 35 hours and 50,000 words later and I am spent. Done. Finished. With the exception of a few loose ends that I will tie up tomorrow afternoon at the regular Monday Night Write In, my NaNoWriMo novel is done. It is possible one of the worst pieces of fiction you will never read (yes, I said never) but it is complete. I achieved the seemingly impossible and it taught me some things. It taught me that I can do anything – no matter how seemingly crazy, if I set my mind to it. This was further reinforced by the 12 and 13 year old students that I also encouraged to participate in the challenge – many wrote more than 10,000 words – can ou believe that? Awesome. That tells me, anyone can achieve anything, no matter their age, experience, life commitments or background.

NaNoWriMo also taught me about the process of novel writing. I went in with a solid starting point and a vague idea after that. As soon as I got past the start, I was pretty much lost and everytime I sat down at the computer I changed the direction in which the story was going. Luckily I am okay at improvising and was able to keep up. Un fortuneately, at least twice this month I reached a point where I thought to myself “Oh yeah, that would be a fantastic way to go, except it would require rewriting much of what I have already done.” As a consequence I have finished an “okay” story filled with dodgy dialogue and clished encounters, but also am in two minds about whether I should now edit, or re-write the entire thing. So I learnt that plotting the entire story is probably a good idea for me. It is something I attempted during October, but just couldn’t get to the end. So, for next year (dare I commit already?) and all future writing I will need to work on outlining my story.

Finally, I learnt a lot about the City in which my game Verge is set. My story started out being set in that city, but due to plot reasons and desperation it changed quite a bit as I wrote. Some of the changes are purely plot devices that will never become part of the game setting, but others were unexpected and I really liked. I was also able to flesh out much of the culture of the city, met police, underworld figures, visited the Under City, explored Down Town, rode on the Wire Car between the Grand Stations, learnt how the Sea Gates worked and saw first hand how the different classes and races in the city felt about and intereacted with each other. That was all very cool. I hope that one day I will have the energy to flesh out the city of Verge with all the detail it deserves.

I am exhausted now. So I will say goodbye. It was awesome. 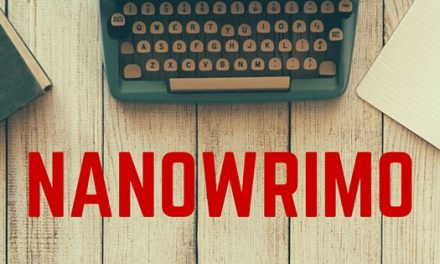