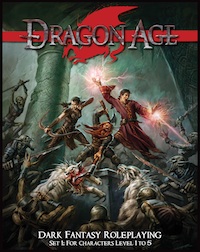 Okay, anyone that has been listening to Here Be Gamers! will be aware that I have really been looking forward to the release of the Dragon Age RPG from Green Ronin. This virtual box set consists of the Players Guide, Game Masters Guide, and a map of the campaign setting. Both books are 66 pages and cover everything you need to know to get started roleplaying in the Dragon Age setting.

The Player’s Guide has two pages explaining what roleplaying is all about, plus an example of play and a very brief overview of the rules. The game runs on a 3d6 +Stat system and you can get a ood run down of how it works on the Dragon Age RPG site. The really cool thing about the task resolution system is the use of “stunts” which can be performed when doubles are rolled – a simple but very exciting addition to the system. The book then moves on to eight pages of setting information, then character generation. Character gen is very simple, requiring players to make choices that then lead to random rolls. You start by deciding on a character concepts (a child of the forest; a refugee) then roll for stats. Stats are rated from -4 to +4 and when you have randomly determined them you can switch any two – this allows you a little bit of customisation. Next, players choose a background from a list of seven. A character’s background determines your race and what classes you can pick (there are only two backgrounds that let you be a mage). You also roll on a chart for a bonus granted by your background. Finally, you pick you class – Mage, Rogue or Warrior. Each class tells you what abilities are important, your starting health, weapons groups you can use and what powers you get at each level. You get to pick focuses (specialties) for some of your abilities, and talents which are natural aptitudes and special abilities. You round out your character by giving them a name and some goals and ties with other characters. You end up with a competent character with some specific areas of expertise. The random elements an ability to choose focuses and talents mean that characters are not all cookie-cutter, even though there are only three classes.

Yes, I said level back there. This is a level based game. Some people will like this, some will hate it and many won’t care. It is very true to the computer game it is based on though, and to the origins of the RPG industry that both the computer and tabeltop games are trying to evoke. I must say, as I read this book I was very much reminded of the old red box D&D from back in the day. There are only a few class options and backgrounds available, but you as a player can build on these and develop your character in whatever way you want. Unlike D&D 4E, where every kind of character type has its own class, this goes right back to basics giving you the core and then letting you define the rest through roleplaying and the application of you own imagination.

Magic is also straightforward. Mages start knowing three spells and there are a variety of types of magic, so you can choose to specialise as an attacker, healer or support mage. It costs mana points to cast a spell and if the mage is wearing armour they have to pay extra mana. Casting a spell is a roll like any other ability check, made against a spell’s target number. If doubles are rolled a mage can use special spell stunts, just as a warrior might in combat which makes spell casting dynamic and exciting. There are only eighteen spells, but as you only start with three that seems like plenty. Overall, character generation and game play are straightforward, but have enough random elements (such as the dragon die and stunts) to stop it from being predictable.

The Game Master’s Guide covers “the Art of GMing”, “Creating Adventures”, “Styles of Play” as well as information on planning campaigns, being flexible with the rules and roleplaying NPC’s. It has a chapter on adversaries, with each entry including a brief description and all the relevent stats. There are 17 adversaries, some of which have “sub species”, which is probably more than enough to get characters through their first few adventures. As a big fan of monsters, I would have liked to see more, but those provided do cover all the obvious stuff including undead, wild animals, brigands and darkspawn. The next chapter is all about rewarding characters and covers experience points and treasure. The Game Master’s Guide is rounded out with a complete adventure. The adventure has lots of information and advice for a new GM, along with NPC and monster stats making it a great intro for players and GM alike. The book is rounded out with some play aids and a quick reference guide.

Both the Players Guide and Game Master’s Guide have excellent indexes, though neither has a table of contents. They are well laid out, with clear legible font and bold headings that make it easy to find information. As PDF documents they are easy to read and while they are full colour they do not have background images or patterns that will suck up printer ink. The beautiful art, however, will! Both documents are bookmarked, but that is the extent of the PDF technology used (no hyperlinks in the index or the like).

I really like this game. The moment I began reading the Player’s Guide I was overcome with a sense of nostalgia, finding within the virtual covers the kind of game I have been hoping for. There has been a lot of talk about “retro clone” games in recent years and many of these games (Labyrinth Lord, OSRIC, etc) attempt to retro-fit the D20 rules to evoke a sense of roleplaying games from the eighties. The Dragon Age RPG reminds me of the simple games that I first learnt to roleplay with, without any of the odd, redundant or strange mechanisms that the infancy of roleplaying was sometimes afflicted with. This is a sleek, modern RPG that makes me want to delve into a dungeon to kill skeletons, just like I did when I was twelve years old. In fact, I am looking forward to running my twelve-year-old nephews through their first adventure these holidays, and they will be doing it in the Dragon Age.

Go get yourself a copy – preorder the box set from Green Ronin and you get the PDF for free. That’s what I did. 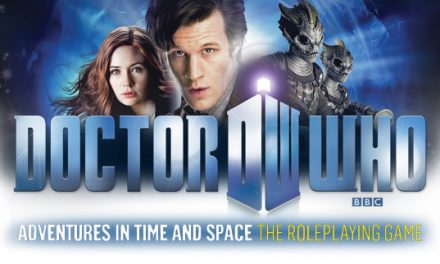 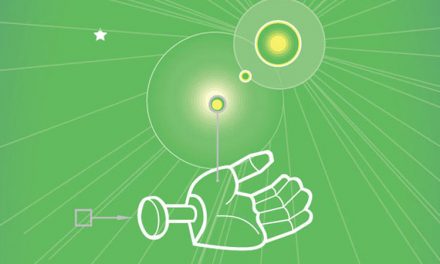