What the hell is an indie game?

A funny thing happened to me this week. I decided to make an order to Indie Press Revolution (Fiasco has just been released and I had been meaning to pick up a few other things) and asked a few friends if they wanted to piggy-back on my order. Marty took me up on the offer but said something to me along the lines of “I had never really considered owning indie games, I have You for that.” But I was sitting at my computer at the time, browsing the IPR site. And right in front of me was Marty’s newest crush – the Dr Who roleplaying game. And he had owned Eclipse Phase well before I had. And I still don’t own Wyrd Miniature’s Malifaux, but Marty has it. It struck me that indie games meant different things to different people. Now, this isn’t a revelation (check out the About page on my site). But it had never been so obvious and in my face before. I raised this thought at my regular Friday Night game (we played Penny For My Thoughts this week) and along with a few shoulder shrugs I got the comment “Aren’t indie games made by smelly guys in their basement?”

I have begun to redefine my interpretation of what an indie game is. This is still a work in progress definition, but I thought I would share it anyway. There was a time when I thought indie games were games published by the person who wrote them and probably laid them out and sorted out the distribution too (either by making contact with a bigger company or selling them at cons or direct to retailers). But this definition has never quite worked and is certainly not true anymore. For example, there are a lot (I mean a LOT) of publishers that fit this production model but do not make what I would have considered “indie games”. RPGnow and DriveThruRPG are overflowing with such companies making suppliments for Savage Worlds and d20 games as well as there own systems. And there are a lot of publishers making “indie games” that do not fit this business model. Cubicle 7 does business like a “big boy” and has begun to bring other “indie” games under its publishing umbrella, in the same way Evil Hat has. Luke Crane and the Burning Wheel crew use God-knows how many editors and proof readers and tap into the talents of professional graphic designers (as do a lot of publishers these days).

So. I am going to go back to the ancient past of RPG games and rename the publishers that do most of the work themselves. Back when RPG’s were all new to me we would call these guys Small Press Publishers. Small Press Publishers have a small staff (maybe of only one), outsource what they need and cannot do in-house and have small print runs compared with traditional publishing (hundreds as opposed to thousands). It is not an indicator of the production values of the book. It might be hard cover and full colour, or it could be a photocopied leaflet. These are aesthetic decisions made by publishers based on time, skill sets and money and do not distinguish one publisher from another in terms of being Small Press.

So if we are calling all these one-man and small-crew companies Small Press Publishers, what is an indie game? To me, these days, indie is about innovation. The label belongs to games that do things in new ways. It is about what and how a game does things, not so much who makes it. An indie game can therefore be published by a smelly guy in his basement, or a big-brand companie with millions of dollars to throw around. In my opinion the Dr Who RPG approach to going right back to basics and making a genuinely beginner-friendly game is an innovation (we used to have heaps of these types of games but they haven’t been around in a while). So is Penny For My Thoughts with its great incorporation of improvisational theatre techniques. Guess what, Eclipse Phase is indie too – not so much for the mechanics the game uses (or even the setting, though it also stands apart from many sci-fi games), but becuase of the distribution method that Catalyst Games Labs has chosen – anyone can have it for free if they want. What kind of games company makes their 400 page, full colour book that is also available for sale free to the public? Catalyst have some great reasons for doing this and you should go and find out more. Heck, even the new Warhammer Fantasy Role Play does some really innovative stuff – boardgame type components, rules for party attitude and inter-party conflict and a bunch of other stuff. And Fantasy Flight Games are by no means a small press publisher!

A lot of the time we see Small Press Publishers producing innovative games, so a lot of the time “indie games” will be made by that smelly guy in his basement. But that is not always the case. Sometimes the big guys do innovative things, and sometimes the small guys don’t do anything new at all. My favourite part of Dragon Magazine used to be the game reviews and my favourite reviewer was Lester Smith who would do small press game “roundups”. He had an interesting idea on why the small press companies tended to be innovative in their game designs. To paraphrase in very broad terms, it was his belief small press publishers had less invested and less to lose by doing something different, “niche” or out of left field. If the game was not commercially successful the publisher had lost man hours and maybe a little cash (we are talking hundreds not thousands). The big companies have staff and debts and all kinds of overheads so they need every game or product to be a success – so they can’t diverge from what they are already doing, or what the gaming public is expecting or supposedly desiring. The interesting side effect is the evolutionary process that follows;

A small press publisher releases a little, innovative game (Lets call it POG: The Flying Dog RPG) because they can risk their free time and a few hundred dollars. The critics say it will never work. POG: The Flying Dog RPG turns out to be immensly popular. The publisher does a second print run, writes a suppliment and increases the production values. They actually pay an editor and graphic designer. All of this requires extra effort and more money, so the suppliment (POG & Friends) has to be at least as successful as the first product. Luckily it is, so POG: Worlds of Adventure is put into production. It is bigger and better than previous games and there are lots of fans waiting for its release. Expectations are high. People want another POG game that is as good as the first. At this point, most publishers are in a position where they need to give the public what they want and expect – the innovation has already happened and may not be present in future releases (and does not have to be, either). So POG Industries has established itself and begins to become a part of the “main stream” gaming psyche. Another small press publisher releases a crazy, wacky game that the critic say will never work…

I have already seen some companies that might have once been at the forefront of “indie gaming” take this path. This is not a bad thing. In fact, I think it is necessary. I am just pointing it out as an observation.

Some people might disagree with what I have said today. Some of you might have a different interpretation on what an indie game is, and what qualifies or disqualifies a companie as an “indie publisher”. Some of you might claim “indie” as a label that helps to identify you, your friends or the communities you are a part of. I am just saying there are no “indie” publishers, just publishers that creat games that are indie in their attitude or design. To me “indie” no longer means “indipendent” in terms of the business structure, but “indipendent” in terms of the thoughts and ideas behind the games – they are not caught up in the mainstream or regular ways of doing things that most gamers are familiar with. Whether you agree or disagree with what I have said, think about why? Then let me know! 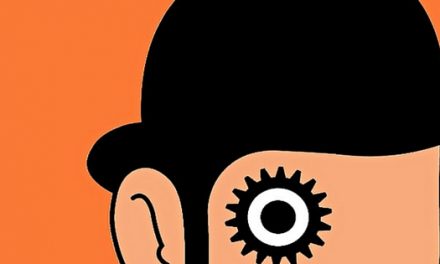 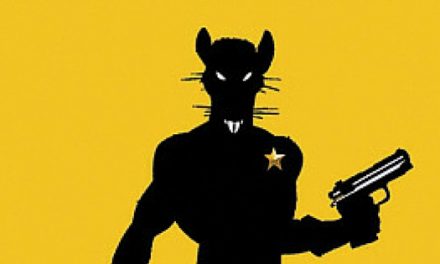