So the word is out, and you are all no doubt cheering in the streets. A new iteration of the Dungeons & Dragons roleplaying game is on its way. It’s all over the web and my blog is surely not bringing any news you didn’t already know, but there are some links at the end of this article, incase you missed the big headlines. I am still trying to process this all and work out how I feel. I am certainly surprised – I was having a discussion with my friendly local game store owner on Sunday about the impending “big announcement” and was certain it would not be 5th edition related. I didn’t think it could be ready. Turns out it’s not, and I think 12 months of open playtest is a good idea. It gives people a chance to “try before they buy”, voice opinions on the game, and generally feel “invested” in the game in a way they have not been able to do with previous iterations of the D&D brand. It worked fantastically for Paizo and Pathfinder, and a number of games since (even my own Beast of Limfjord).

An open playtest is a great idea, so long as people don’t think they will get a chance to write the rules in the way “they would do it”. It’s a playtest, not a design committee. From what I have read, the game has been in development for some time already, and the playtest will be an opportunity to provide feedback on what is presented. Sure if things are truly decried, then they may go bye-bye, but I am willing to bet there will be some things that are pretty much set in stone, for one reason or another.

Regarding processing my feelings, I think I am optimistic. But then, I have been optimistic (if not down-right excited) about every previous edition. I know there are some of you out there that have very little experience with D&D, but for me it was the defining RPG of my teenage years. There is an emotional attachment, and I want to see that game I grew up with grow into something that I can play with my kids. I also know that there are some of you out there that feel Wizards of the Coast has burnt their bridges with you, for whatever reason, and that is totally cool, too. But the impression I get from the announcement and internet coverage is there is a genuine desire to have a go at mending some of those bridges. I am not so naive to think there is not a financial reason for this bridge building, but hey, someone has to step up and start somewhere.

So why am I optimistic? Because, for one thing, I get excited about new stuff. I just cannot control that part of me, so I am apparently biologically predisposed to want this to succeed. I am also optimistic that the new iteration will turn out to be a “toolkit”, that you can construct your ruleset from – I am imagining a D&D version of something like GURPS, or True20, where there are simple base rules and optional rules to layer on as you desire. This would also provide a model to sell copious supplements for the game (“Here is the Sword & Sorcery supplement, and the non-Vancian magic supplement, and the social combat ruleset….”). This would also provide opportunities for third-party-publishers to get involved, and I hope a friendlier version of the GSL will accompany the new game (I don’t think we will see a license that allows the freedom that the OGL allowed).

I am also optimistic about the new iteration because the open playtest is something new for WotC. The last time they went out on a limb and did something really different was with 3rd ed and the OGL, and that worked out pretty well. With some ballsy folk driving the new iteration (did you notice the announcement is very careful not to use the word “edition”), something great is possible. It won’t turn out to be all things to all players, but it could turn out to be another great game in the D&D brand. So who is driving the design? Some names to further make me feel good about the project. Mike Mearls has been a part of D&D‘s history for a very long time and knows what the game is about. He has been reigning over 4th edition, and while some of you may point to that being a not-so-good thing, I think the 4th ed rues are realy solid at doing what they do. Monty Cook has long been lauded as the D&D / d20 game designer, having worked on 3rd ed, then going on to create Malhavok Press, Dungeon-A-Day, and generally craft some really great d20 material. Bruce Cordell has also worked on D&D products since 2nd Edition days, including Return to the Tomb of Horrors, and one of my favourite 3rd Ed adventures, The Sunless Citadel. Robert J. Schwalb, as well as working on a variety of books for WotC, wrote Grimm, the (very awesome) dark fairytale rpg, and The Song of Ice & Fire RPG. And they are just the names I recognise

WotC claims “The goal of this project is to develop a universal system that takes the best from every edition and get at the soul of what D&D is.”  I am pretty sure that what I think are the best bits of each edition will be different to what you think are the best bits, but I’m sure through some mystical process a happy median will be reached that will satisfy the majority of those that get involved in whatever feedback process takes place. This, therefore, means that if you care what the final game looks like, you need to get involved (go check out the announcement and click the button at the bottom of the article). That way, you can either voice your opinion and get the game you want D&D to be, or legitimately complain about the poor decisions made when your ideas fall on deaf ears.

Some stuff I have read and found interesting: 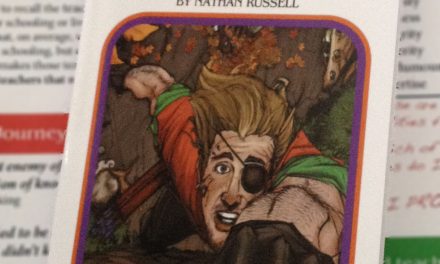 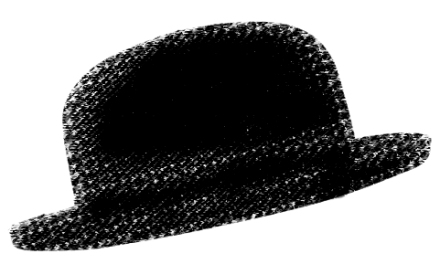