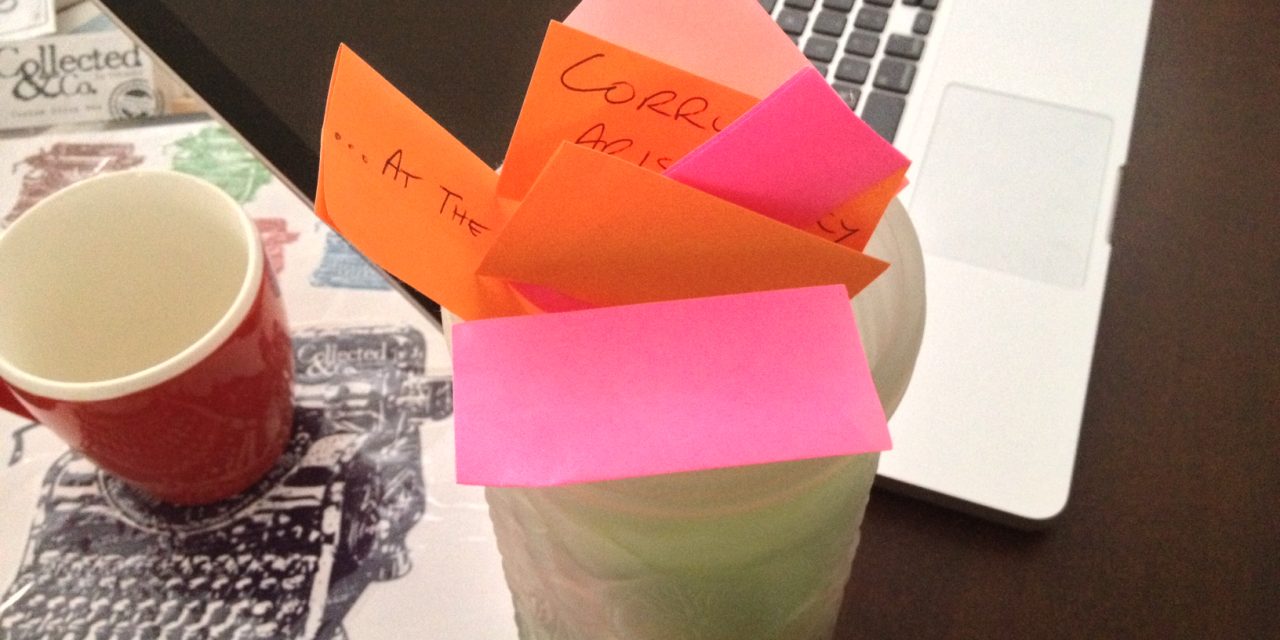 Lots of writers get asked “where do you get your ideas?” Today I am going to share one of the places where I get my ideas. 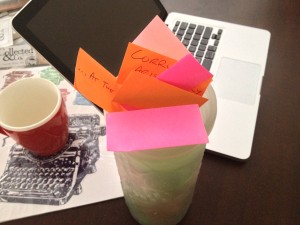 A jar full of ideas!

It is a jar filled with post-it notes.

Every time an interesting person, place, thing or event pops into my head I write it down on a slip of paper and stick it in the jar. Sometimes (mostly when I’m procrastinating) I will sit for ten minutes just writing idea after idea down. It’s pretty mundane stuff like “dog”, “pirate”, “school”, “fire”, “meteor storm” or “lost wedding ring”.

Then, when I need a little inspiration for a story, adventure or other piece of writing I dip into the jar and pick out two notes. More often than not they will present an interesting situation or event. And with just a little imagination you can take two seemingly different ideas (like, let’s say, “pirate” and “meteor storm”) and form the kernel of a story. (Perhaps the pirate roams space stealing from the meteor miners; maybe the meteor storm is about to rock Treasure Island, maybe the meteor storm is the way the pirate gets around…). 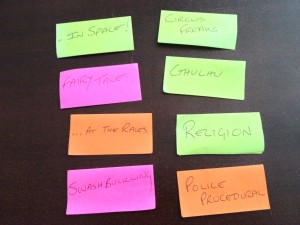 If the two notes are really not doing it for me, I will grab a third note and see how I can combine it with the ones I have already drawn.

When I have my idea I ask myself a few more questions to flesh out the situation (Do people run and hide from the pirates when they see the meteor storm? Who is hiding on this planet, and what are they trying to protect from the pirates?), and get on with writing.