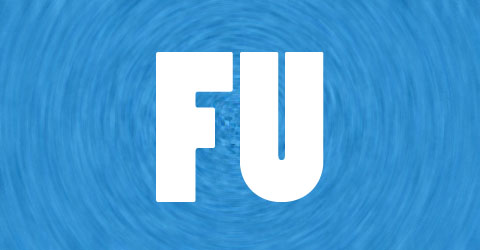 This evening I completed another section of the new and improved FU. After I wrote the first couple of posts on the second edition I expanded the outline further. I realised that the current rules begin by simply throwing the reader in the deep end. I want to make FU far more user friendly, and newbie friendly, so I decided that I would need a brief section right at the start on how the game is played and another section just after that covering some topics that players should discuss before beginning play or even creating characters. It is that section that I am sharing tonight!

Once again, let me know what you think. Tell me if you agree or disagree with any advice I give, or if there is anything I should add. The purpose of this particular section of the rules is to encourage and help players talk about and create their game before they actually get pen to paper – do you think it works?

Before you begin your exciting adventures it is important that everyone at your table takes some time to talk and decide on the important details of the game you are about to embark upon.

It is important that everyone at your table is clear about the group’s expectations of play. Of course you have all come together to have fun and tell cool stories but people can have very different interpretations of what is “fun” or “cool”. If you have been playing with the same group of great people for a while you might have already worked out each other’s boundaries, what everyone anticipates will happen during play, and their general concept of fun. Other groups, however, might need to talk through this before actually beginning their first game together.

This discussion does not have to be particularly formal, but it is important that everyone has an opportunity to speak their mind about what they are comfortable with and where they would like to “draw the line”. Unless you have been playing with the same people for a long time you just don’t know what is going to make people uncomfortable – so talk about it! Try asking some questions or share your own thoughts on what might be in good taste. At the very least try and get a good sense of the other player’s opinion on how violence, romance, death and children will be portrayed in your stories. These are often hot-button issues that, if dealt with insensitively could upset somebody at your table. Of course, make sure you are always respectful of other people’s opinions and feelings, too. Remember the goal is to find some common ground so that you can all work together to tell some awesome stories and make some amazing memories!

What Kind of Game Are You Going to Play?

With expectations clear and excitement high, you must come to a decision on what kind of game you all wish to play. Sometimes this is easy because you always play fantasy dungeon adventures, or you have gathered to play out an exciting series of tales based on your favourite book or TV show. Other times, however, you will begin with little more than the admirable intent to spend some quality time telling exciting stories with your friends. At these times talk with each other and share your thoughts on the type of game you want to play.  As you discuss the possibilities, share your ideas and build on each other’s suggestions try answering the following questions:

What genre are you playing? If your game was a TV show, film or novel what genre would it be classified? Is it a thriller, mystery, adventure, action blockbuster, romantic comedy, horror or some combination of genres? Perhaps you want to play out adventures inspired by anime shows, super hero comics or your favourite disaster movies. Perhaps someone at the table wants to explore Regency romance, or an American Civil War adventure, or a fondly remembered cartoon from their childhood.

As you talk about the genre of your game also talk about the tropes of that genre – what are the key features of the genre that stick out in each player’s mind? What are the three or four really obvious things that you always seem to encounter in that genre of fiction? Don’t spend too much time deliberating or making lists, but what immediately springs to mind when you start talking about that genre? In a game inspired by teen horror flicks your group’s trope list might include isolated locations, dysfunctional relationships, parties and creepy adults. A group planning to tell thrilling spy stories might have double agents, exotic locations, wacky gadgets, femme fatales and moon lasers. Take the time to discuss the pros and cons of each trope and decide which must be included and those that you are all happy to leave out.

What is the tone of your game? Talking about the tropes of the genre will lead you to a discussion of the tone or mood of the stories you intend to tell. Are your spy stories going to be over the top romps with miniaturised poison-dart watches and double entendres? Or are they gritty tales of betrayal and bloody murder at the height of the cold war? Is your teen horror tale going to be a campy romp, gory splatter-fest or spine-chilling horror story? Deciding on the tone of your game will help all of the players imagine the world their characters will inhabit and assist in the creation of authentic characters, settings and relationships.

What kinds of stories do you want to tell? You would have gone a long way to discussing the kinds of stories you all want to tell when you talked about genre and tone, but lay it all out on the table so everyone is clear. In a moody spy thriller one person might want to play stories where the fate of the world is constantly at stake, while another player wants lots of smaller missions where pieces slowly fall into place and a grander – and more sinister – plan is revealed. In a teen horror game you might find players that want to be constantly on the back foot and fighting for their lives, while other players wish to be proactive and taking the fight to whatever lives in the darkness.

While talking about the kinds of stories you want to tell, also consider the way in which the stories will be told. Some players might want an episodic structure to their adventures where each game session is only linked to the last by the main characters. In such games the events of the last adventure have little impact on the events of the next. Other players might want a game where every session of play develops a continuing plot. In these games there may not be distinct “adventures”, just the continually unfolding plot that slowly builds to a grand “finale” or climactic moment.

Who are the characters? What types of people are commonly encountered in these kinds of stories and what sort of characters is everyone going to play? What are the common archetypes that populate the genre you are playing in, and which ones are the most interesting or coolest? In a spy story you might have spies (obviously!), assassins and seductresses, masterminds (evil or otherwise), shady contacts, gadgeteers, soldiers, hackers, scientists and hired muscle. In a teen horror story the characters might be the jock and popular girl, the nerd, the drama queen, the weird new girl and the janitor.

Also consider why the characters are involved in the story together. Do they all belong to a particular organisation or have a common agenda? Are they friends, or members of a social group, or the crew of a space ship? Perhaps the characters are only just coming together for the first time at the beginning of your story – they might have been lucky enough to win a holiday to the most haunted resort in the country; they all met in an inn; or had tickets on Oceanic Flight 815. Knowing why the characters are together is not essential but discussing it now may spark more ideas when it comes time to create your characters and develop their relationships with each other and the other people in the setting.

If you have talked about the type of game you want to play, the genre and tone, the types of characters that might appear in your stories and perhaps even the way you will structure your stories, you are well on the way to establishing your setting. Don’t do too much more “world building” at this point. You want to paint with broad strokes this early so that you don’t confine players in their character creation choices or the narrator in the development of their astounding plots. As each player creates their character more of the world will be filled in and as you tell stories and have adventures you will also discover details.

One of the great things about FU is that you never quite know how things are going to turn out, so not defining everything is an advantage. Painting in broad strokes leaves you room to make up cool stuff as needed and to create interesting places, people or events that enhance the story being told.

So, there you have it. What do you think? 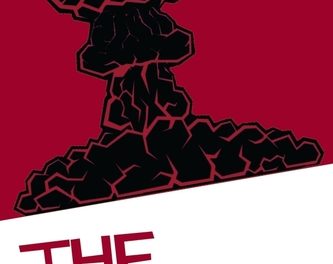