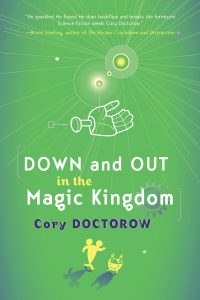 Today my family is spending our very first day at Disney World. This has been an adventure a long time in the making and to say we are all a little excited is a bit of an understatement! While we are looking forward to seeing all of Disney World, everyone is particularly excited about the Magic Kingdom – after all, it has the iconic Disney stuff including castles, princesses, pirates and Mickey Mouse. In light of all this, I thought today would be a great time to recommend to you a science fiction novel set in the Magic Kingdom.

Corey Doctorow’s Down and Out in the Magic Kingdom is a 2003 science fiction novel that presents a world where death is no longer the inhibiting factor that it currently is. Thanks to the ability to upload / download ones memory it is possible to potentially live for ever, simply exchanging old body for fresh new vat-grown ones. With death out of the equation society changes dramatically, nobody lives in need and instead of money being the primary drive for most, it is replaced with the pursuit of status in the form of “Whuffie”. Whuffie is like a credit rating for how popular you are and determines all kinds of things. At one point in the novel the main character’s Whuffie is so low elevators don’t even stop for him!

Down and Out in the Magic Kingdom tells the story of Julius who lives and works in Disney World, where competing groups vie for control of different rides. These groups (called “ad hocs”) spend their time upgrading rides and improving the visitor experience in order to earn Whuffie. There is a murder plot and all kinds of things going on, but the story is really about immortality and life and transhumanity and memories and relationships. When you are “downloaded” into a new clone body you lose all the memories between your last brain dump and your rebirth, which means you can have gaps in your knowledge. You can forget ever knowing a person, the love you feel for them, or even the horrible things you have done.

The world Doctorow presents in this novel is really quite amazing. It has played with concepts such as celebrity worship and social networks and taken them to a logical conclusion where an entire society is built on such things. The story of Julius and his struggles is compelling and raises some genuine “what would you do” questions for the reader?

Perhaps the most amazing thing about Down and Out in the Magic Kingdom is the fact you can get it for absolutely free! When the novel was first published by Tor, Doctorow also released it under a Creative Commons non-commercial licence. This was a HUGE step for digital rights, something that Doctorow is pretty big on (have you read his stuff at BoingBoing?). You can download a copy of the novel in whatever format you like from here.

Let me know what you think of the novel! 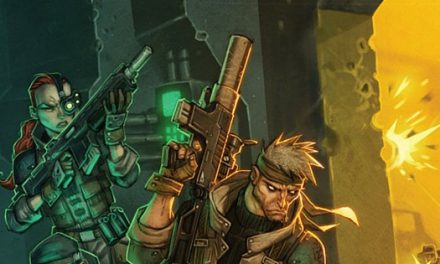 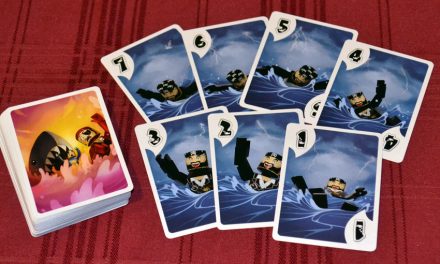