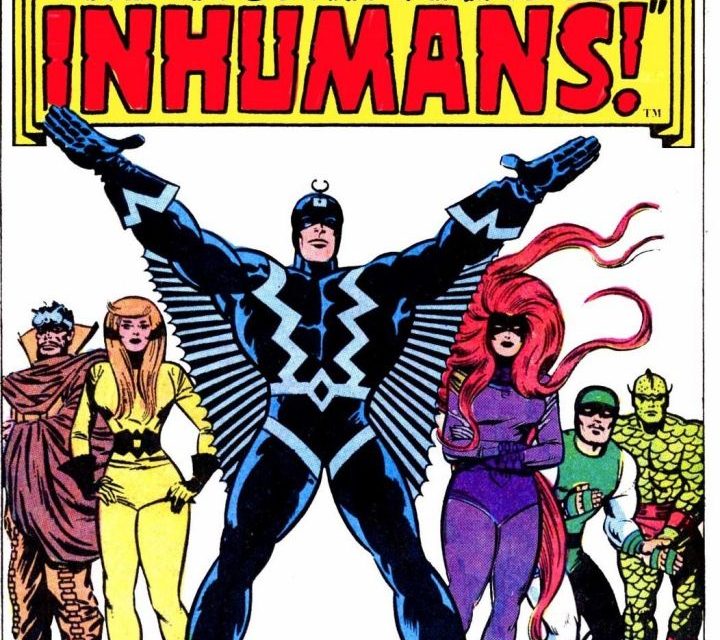 Here’s a quick thumb-sketch of an idea for a story or campaign, inspired by Marvel’s Inhumans. I’m actually quite intrigued by Marvel’s Agents of Shield and where it is going in regards to the introduction of the Inhumans. It was a factor in my initial spark of this idea.

In the distant past, thousands (if not millions) of years ago, the sentient humanoid races of the world went into hiding. Seeing the rise of the Age of Man they hid themselves in plain sight, warping their external appearance through magics so powerful that it drained much of the arcane glamour of the world and left it a far more mundane place.

Time marched on. Man spread across the continents and the other races passed into myth.

But pockets of these transformed Inhumanoids persevered. Entire communities managed to survive as they always had in the most remote locations, places whispered of as legend, such as Shangri La. Others integrated themselves into human society and secretly passed their ancient beliefs and knowledge down through the generations.

But the mystics and seers can sense a change in the world. The dawn of a new age. Perhaps it is time to shrug off the ancient veils and stand proud as they once did. For the moment most Inhumanoids try to hide their true nature from humanity, choosing segregation and obfuscation to maintain their ancient secret. A few, though, have taken it upon themselves to use their extraordinary abilities to help mankind.

The humanoids in question could be classic Dungeons & Dragons style humanoids such as Orcs and Elves and Dwarves. In this case such a setting could almost be imagined as the world of Middle Earth. It might also be a very early period in a setting such as Shadowrun, as the “metahuman” races first emerge into the world. In such a setting the Inhumanoids might retake their traditional form, or even change between forms much like lycanthropes. Perhaps they are the source of such legends – you can see how some poor villager seeing a man transform into a gnoll could spark stories of werewolves! If the humanoids are more creatures of legend, such as mermaids and trolls, then that creates some link between the contemporary setting and our mythology.

Concept: write a brief description of who/what your character is.

Identity – the everyday life the character leads. This may be a job, background detail or other key feature of who they are. Lawyer, College Student, Housewife. Make a note of some of the things this identity makes you good at. Use this descriptor whenever your identity, or any skill related to it, will be an advantage or disadvantage.

Heritage – the kind of humanoid the character is descended from. When we say “humanoid” we mean a creature that has a general human shape, but is clearly not a human. Avoid undead, too. Orc, Mermaid, Dwarf, Frogman are fine, but vampire isn’t. Make sure everyone at the table knows what the humanoid is, and if there are a variety of interpretations of the creature, agree on one. Make a note of the things your heritage is best known for. Use this descriptor whenever you want to do something that would be made easier or harder by your heritage.

Knack – one special ability your heritage grants you. This may be one of the things noted under heritage, or another trait entirely. If you have decided that characters literally transform into their humanoid state, then your knack might also relate to this transformation process. Use this descriptor when your character does totally cool stuff.

Instinct – the one thing you feel most compelled to do, the action you find yourself drawn to, time and again. What, as a member of your species, are you driven to do. It may be something you try to suppress, or embrace. Use this descriptor whenever you are following, giving in to, or trying to “achieve” this instinct.

The second way characters earn FU points is when their Heritage or Instinct makes it difficult to maintain their Identity, or when it makes life harder for the people that are important to them. This might be other player characters, or non-playing characters that players define through the story. The difficulties caused must later be addressed by the character through the story. Earn

Concept: Orc firefighter who fights crime on his days off

Instinct: Hit it hard! Break it!

Concept: Media darling that uses her career as cover to help Inhumanoids all over the world

Knack: Siren’s song – her voice is so enchanting

Instinct: The call of the sea is strong – I need to swim…