This week’s inspiration is the classic German film, Metropolis, by Fritz Lang. Released in (around?) 1927, the look and feel of the city has a lot in common with last week’s inspiration, which is totally cool but not the only reason it has inspired me. Metropolis is about a futuristic dystopia where the wealthy lead lives of luxury in massive sky scrapers while the working class toil endlessly below the city in massive machine rooms. There is much animosity and misunderstanding between these groups, which leads to confrontation between the classes. The bold imagery and epic scale of the cinematography are really appealing. I love that the idea of secret passages and maps leading to all parts of the city, and the constant threat to all life, either from the other social classes, or the repercussions of the machinery failing.

There is currently a full version of Metropolis on YouTube. 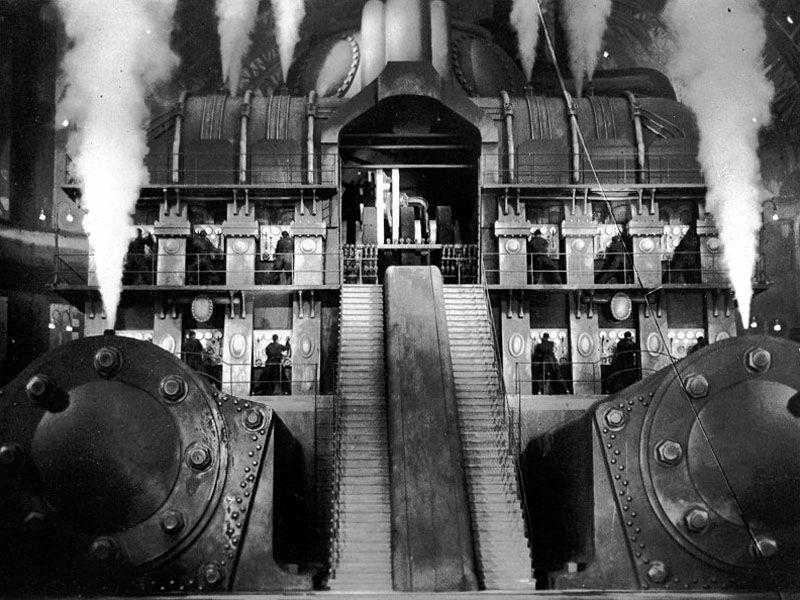