Awhile ago I wrote a roleplaying game called FU (Freeform / Universal). It has met with some success and there is a small, growing and enthusiastic fan-base for it. Last year a French writer and game designer named Cedric Ferrand contacted me to ask if he could base his own game on mine. I am very excited and pleased that the Wastburg RPG has now been published! It is in French and only available in France at the moment, but looks very cool! 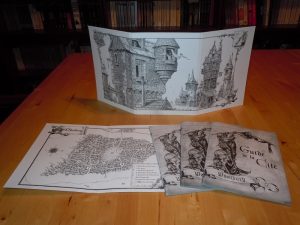 I have had nothing to do with the creation of the game, beyond giving permission to use my rules. Congratulations to Cedric and his publisher!