Last week I saw an article about the possibility of a television series based on The Expendables film franchise. You know the one – Sly Stallone, Dolph Lundgren, Schwarzenegger and co. shooting and blowing up villains with gay abandon. I’m a bit of a fan of the films as I grew up on the action films of the 80’s and early 90’s and I enjoyed seeing these old war horses doing what they have always done, tongue firmly in cheek. 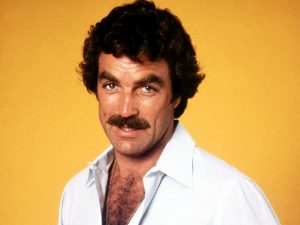 The prospect of a TV series based on the same concept of The Expendables, bringing together iconic heroes of the small screen, got me a little excited. I started to list the actors from favourite TV shows of my youth. Tom Selleck and his vigorous moustache sprang straight to mind, quickly followed by Richard Dean Anderson (who didn’t love MacGyver?), David Hasselhoff and Mr T. These guys would fill my lounge room, exploding with mad plots, crazy inventions and over-the-top action. To their ranks I should add the famous Duke family – John Schneider, Tom Wopat and Catherine Bach. Scott Bakula and Don Johnson had better step up, too! And how cool would it be if the series villain was played by Angela Lansbury?!

As I put together this list I got to thinking about how different the TV shows of the 80’s were from the films. No excess blood and gore here. Instead of madmen causing terror from far off and exotic paces, Magnum PI, Michael Knight and Sonny Crockett dealt with more domestic threats. The Dukes and the A-Team were always there to help out the underdog, and ensure justice was served without ever leaving anyone seriously injured. All of these shows had a strong undertow of humour, an energy and verve that made them infectious to watch week after week. Bringing back these great actors to portray iconic characters like those I watched as a kid would be enormous fun. They don’t need to be gory, and they don’t need to be outright comedy either. The goal of The Expendables franchise isn’t to make fun of the 1980’s action genre, but to honour it, update it a little, and remind us of how great it was. The same would be true for a TV-based Expendables series – to remind us how much fun we had watching these iconic characters week in and week out. I think that would be great.